Your Guiding Light in a Sea of Hyperreality

A Grassroots Campaign Guide for the Alt Right

If the 2016 election proved anything, it was just how much of a force social media can be in politics. Nowhere was this more evident than in the clear and substantial impact the alt-right had on the outcome of the election. If you have any doubts about our power, just remember: memes linked back to /pol/ inexplicably found their way into Trump’s campaign, Pepe the Frog was labeled a “hate symbol,” and Hillary Clinton explicitly named the alt-right as an enemy in a notable speech.

Meme magic is powerful, but it’s time to take the next step if we want to be considered a serious political force. Now that midterm season is in full swing, it’s crucial for everyone to get involved locally at the grassroots level. We must prepare so that come 2020, our movement will have an effective field operation to complement our already significant online presence.

The end goal: quietly usurp control of the Republican Party, grassroots up—an army of shitlords all playing their part to gradually push the GOP rightward until it becomes our party.

It started with Barry Goldwater’s opposition to the Civil Rights Act. Goldwater insisted that his stance was strictly economic, but in the 1964 presidential election he became the first Republican since the Reconstruction Era to win the deep south. Although Goldwater lost the election in a landslide, the GOP learned a valuable lesson which would serve them well years later.

In 1968 the Southern Strategy helped Nixon win the White House, and the concurrent rise of a proto-shitlib counterculture movement offered an ideal contrast for him to work with. Southern Whites grew disaffected by Democrats, who increasingly mixed up with the likes of the “New Left” and Students for a Democratic Society. Black Americans had grown comfortable with their new equality and began to get ornery, emboldened by the emergence of Black Power.

Subtle, coded messaging – known as “dog-whistling” – allowed Republicans to appeal to the racial grievances and fears of southern Whites. The message may sound like one thing on the surface while having a completely different meaning to the target audience. Republican strategist Lee Atwater explained it best:

“You start out in 1954 by saying, ‘Nigger, nigger, nigger.’ By 1968 you can’t say ‘nigger’—that hurts you, backfires. So you say stuff like, uh, forced busing, states’ rights, and all that stuff, and you’re getting so abstract. Now, you’re talking about cutting taxes, and all these things you’re talking about are totally economic things and a byproduct of them is, blacks get hurt worse than Whites. . . ‘We want to cut this,’ is much more abstract than even the busing thing, uh, and a hell of a lot more abstract than ‘Nigger, nigger.'”

In essence, the aim of dog-whistling is to attract White voters by appealing to implicit rather than explicit attitudes. Indirect appeals to White interests are not as tricky as you might think. The “law and order” theme frequently deployed by both Nixon and Trump can only refer to one kind of person. Reagan called them “welfare queens,” but you and I picture the same woman. A new one that I personally enjoy is “thugs” to describe disaster looters or pro sportsball players; either way you know exactly what it means when they call someone a “thug.”

So how does one effectively apply this type of tactful messaging? I’ve compiled a few campaign ads which effectively signal to White voters: Why does the Southern Strategy matter to us? Campaign staffers notice when volunteers are out of the ordinary, and the consequences of revealing your power level can be immense. These are Republican campaigns so you are not dealing with the PC police, but even Republicans have to draw a line somewhere. An observation of the “alt-light” sheds some light on where that line is. These edgy conservative types never name the Jew. Neither should you. But again, they are Republicans, so there is a lot you can still get away with but ultimately, I would urge you to refrain from naming the Jew while campaigning.

As Saul Alinsky wrote, “True revolutionaries do not flaunt their radicalism. They cut their hair, put on suits and infiltrate the system from within.”

Any able-bodied man, woman, or child can get involved in grassroots politics. Campaigns are always looking for anyone with a pulse and good pair of walking shoes that they can put to work. Getting involved is usually as simple as a short email to the right person.

Expect to be just a volunteer at first, but long-term commitment to a campaign can result in a paid staff position. Regardless, any decent campaign will compensate volunteers with free food and drinks, letters of recommendation, invitations to high-profile events, and sometimes even gas cards.

When working with any groups or organizations, seek to establish credibility. Familiarize yourself with the local political scene – shake every hand, never turn down a meeting, and avoid burning bridges. Gaining trust is dependent on demonstrated commitment. At the heart of grassroots politics is door-knocking. Using a smartphone app, you’ll be assigned a map of targeted Republican or Republican-leaning houses to hit. Canvassing is about getting reliable Republican voters to the polls on Election Day. You’ll follow the map, visit each house, record their opinions on your candidate, hand out campaign literature, and log everything in the app. It can be monotonous work at times, but it gets easier as you get used to it. Door-knocking has proven effectiveness, in fact many campaigns to use total doors hit as a metric of success.

Some of the direct benefits of going door-to-door:

Another likely task is dialing phones. Doors and phones will be your primary focus, but you may be asked to do an odd job, such as helping at a campaign rally. No matter how you contribute, you are still playing a vital role in establishing the alt-right as a formidable political movement. The Campaign Goes to College

You want to help the campaign, but maybe you want a little more freedom or independence. There are certainly other ways to help candidates outside of formally volunteering.

If you are in college, consider meeting with the campaign to discuss setting up an affiliated student group on campus. Most campaigns would welcome the formation of a “Students for Candidate X” group. At the end of the day, you will still be expected to knock doors or make calls, but this route gives you a sense of ownership. The chapter would serve in the following capacities:

In addition to all this, a particularly helpful group may be treated to special appearances by the candidate, receive invitations to private campaign events, or be assigned cool election day duties.

Another option is joining College Republicans. Most likely, your campus chapter operates similar to a campaign student group. Ultimately, it’s about keeping a presence on campus, organizing volunteers, and mobilizing student voters. 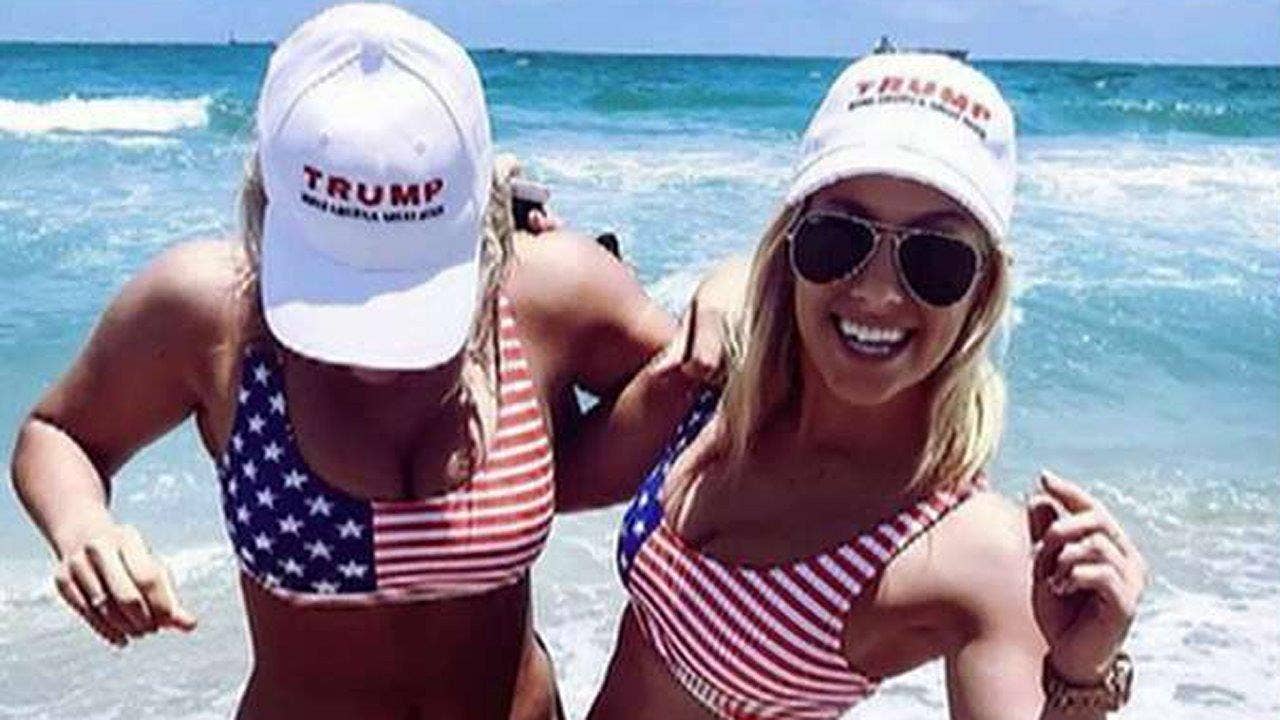 College Republicans is a great way to meet blonde women.

Summer is a critical time for campaigns to build momentum going into the fall. A determining factor of success in the midterms is plain hard work at the grassroots level. Nothing beats pure blue-collar work ethic in the field, talking to voters. I hope this article has convinced you to get involved with your local Senate or Congressional race and/or sufficiently informed you how to go about doing so.

Stay tuned for more articles on the 2018 election. Follow me on Twitter and Gab at @populist420. Questions, feedback, or tips can be directed to [email protected]