Your Guiding Light in a Sea of Hyperreality

FTN predicts the GOP will not only maintain its hold on the Senate, but will also pick up additional seats in the midterms.

Previously I laid out some of the important data concerning the midterm elections, but now it’s time to get into the thick of it and examine the race for the Senate. 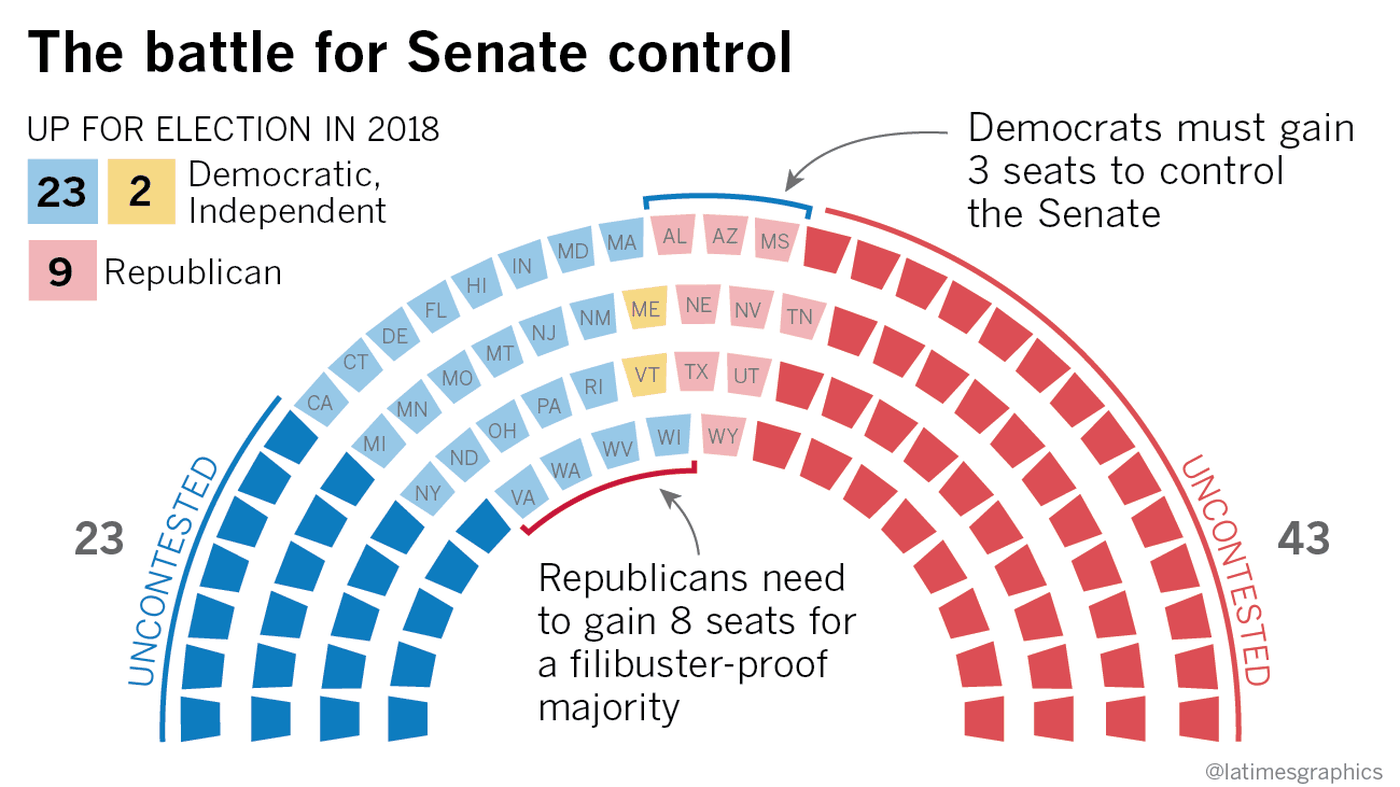 As you may already know, Republicans chances in the Senate race are much brighter than they are in the House. While the Democrats must defend 25 seats (including Independents who caucus with them), the GOP only has eight seats to defend this midterm election. As of writing this, FiveThirtyEight ranks the GOP has having a 6 in 7 chance of keeping the Senate 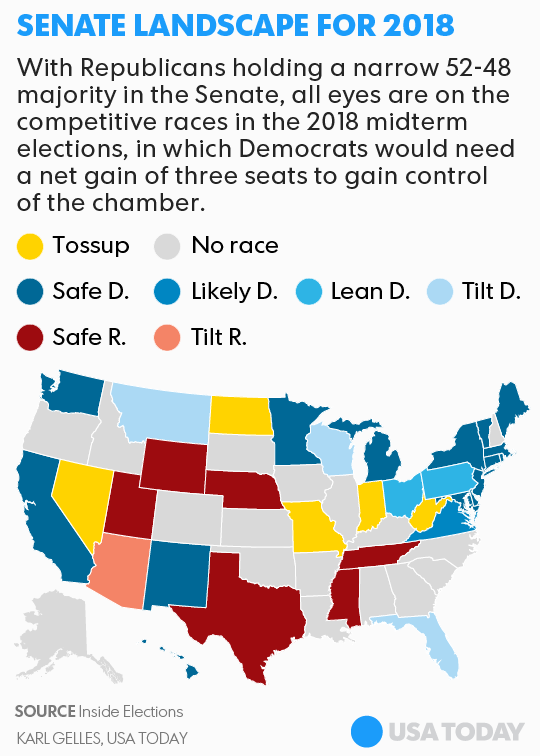 As you can see from the above graphic, the Senate map favors Republicans. In addition to holding a solid grasp of the electoral map, the GOP also has the chance to pick up a few seats to complement their majority.

Some key battleground states targeted by the GOP include Indiana, Missouri, Montana, Florida, Tennessee, North Dakota, and Arizona. These states mean trouble for the Democrats because they are states which carried Trump in 2016. Furthermore, Trump maintains a high approval rating in these states.

Below is my forecast for the 2018 midterm Senate results based on my own research of the polling and candidates. 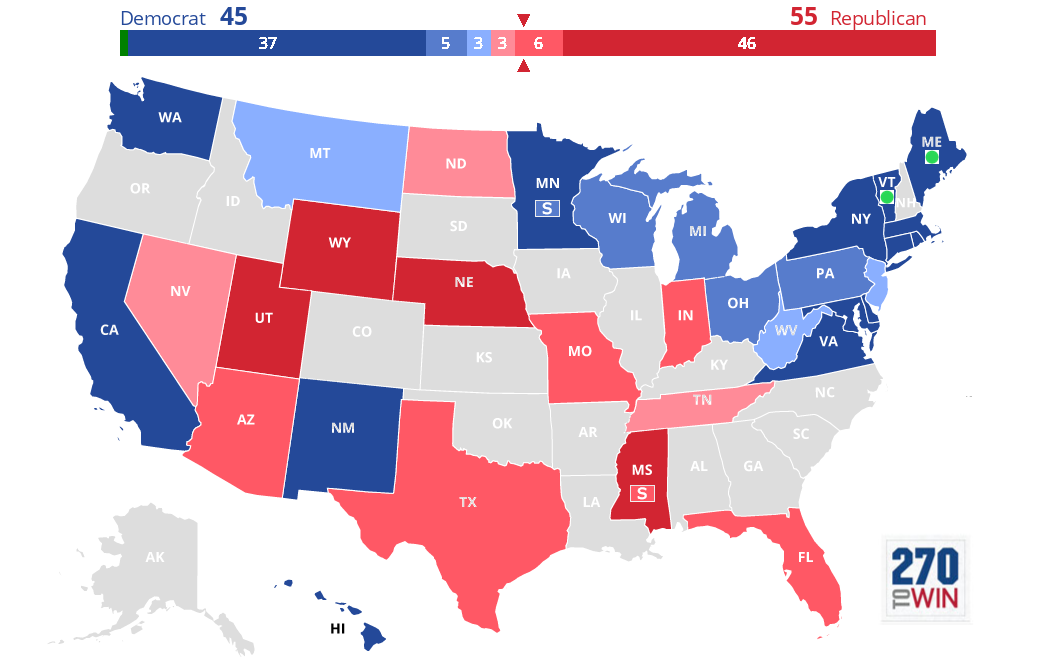 The data shows that Republicans should not have a hard time maintaining their majority in the Senate as well as picking up a few additional seats.

Stay tuned for the next installment in this guide to the midterms.

On Tuesday, November 6th, remember to get out and VOTE!